When people think Dent Hammer, the name Shane Jacks seems to follow. Shane is a PDR Professional in South Carolina and the 2012 Winner of the MTE Dent Olympics. What makes his victory different is that this was the first time anybody had used a dent hammer during the entire repair and he won. Shane has explained his take on the blending process and he obviously understands it very well and can accomplish great repairs with his technique. 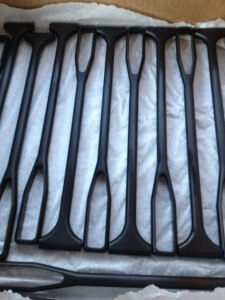 The Jack Hammer Dent hammer is a big hit

When Shane released the first batch of his new blending hammer the feedback was pretty much unanimous, he had produced a fantastic hammer. The 100% aluminum CNC machined construction guarantees the strike will be true, the shaft will never break, the head will never come loose, you will have years of reliable use. Balance and feel are probably the two terms used most to describe this hammer.

Go over to Shane’s website now for prices and to place your order.

DON’T FORGET TO MENTION THE WORLD HAIL NETWORK WHEN ORDERING!