German Light Tunnels are being used at Volkswagen Plant to inspect the quality of Paintless Dent Repairs after the severe hail storm.

When lights are used, they magnify imperfections. A wall of lights such as these are some of the toughest inspections that a hail repaired vehicle can go through. Some of the cars get rejected and have to be reworked until they pass 100%. The photo to the left shows a Rail after repair.

German Light Tunnels have been copied and put into use all around the globe.

As with any inspection method, it is only as stringent as the eyes that are using it. A trained hail technician or adjuster will know how to move their head and catch the changes in reflection that others might miss.

Some technicians fear the dreaded light tunnels, while other enjoy them. They force the technicians to perform at the absolute highest level. Although the techs make less money since they must spend more time on each repair, the end result is that they get faster and better by meeting these rigorous standards. Word spreads fast and new techs and under-trained techs know that they need to stay home or work elsewhere when German light tunnels are involved.

Just because they are called German light tunnels does not mean that you will only see them in Germany. Pretty much every country that cares about highest quality paintless dent repairs have adopted some sort of light tunnel for final inspections. Some cat teams are actually using them for initial estimating and dent counting.

High Strength Steel is being used more and more on new vehicles. This makes the automobile lighter and stronger. It is a fantastic development for the auto industry, but it makes the job of a dent guy tougher. This is why PDR (paintless dent repair) companies are having to include a 25-50% markup on dent removal repairs to these high strength steel (HSS) panels.

Here is a link for more info on HSS from i-Car.

We will add them to the master list once verified. 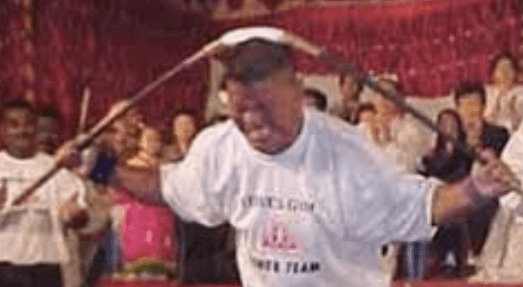 Read about the next term: Inventure – A Florida based dent tool manufacturer.

Find a repair company in your area now that you understand high strength steel.

“Hail damage roof repairs” are among the most competitive keywords in the hail repair industry. How is your roofing company getting found online? Do you go after the long tail keywords or do you have the most relevant content on your site to make the search engines happy? At the World Hail Network, we want to help the right companies get found. Please feel free to comment and share some best practices below. We want to hear from you and help each other grow!

Hail Damage Roof Repair Companies Can easily be found in the directory!

People in need of roof repairs after a hail storm can look up companies that specialize in repairing hail damaged roofs. You would not go to a general doctor for a heart transplant, you would go to a specialist. We have companies that are specialists in the hail repair industry easily listed by location.

The PDR (paintless dent repair) industry is showing increased competition in all aspects. Many local route technicians have been giving up their accounts in order to chase hail storms in recent years due to the slow economy. This increased the competition in the automotive hail damage repair industry. Since 2013 has been a relatively dry year relative to hail damage, prices have been falling. What are some of the things that your PDR company is doing to stay competitive?

Although people are trying to get into it all the time. The truth is that only about 1% of people who try to repair dents end up being able to make a living doing so. Much like golf, many people try it, but only the top individuals get good enough to reach professional levels.