Does your vehicle have dents and dings? Where you a victim of the recent hail storm? If so, you should contact DentRepairNow!

Gene Fetty, owner/operator and is a Vale Certified Master PDR Technician, a NAPDRT Member as well as the 2014 Chairman of PDR Nation. Gene will be glad to come to you and provide you with a free quote on your vehicle damage. 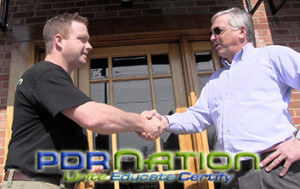 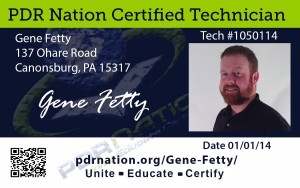 Gene has been repairing dented vehicles since 2002 using the art known as Paint-less Dent Repair. If you need mobile dent repair service in Pittsburgh, PA give Gene a call. He is friendly, professional and one of the top technicians in the industry. Gene specializes in door dings and large dent removal but he is no stranger to removing hail damage from vehicles. So if you want your automobile to be dent free, call Gene at Dent Repair Now!

I Love Dents ™ is dedicated to helping paintless dent repair technicians build better businesses. Whether you are just getting started or run a multi-million dollar PDR company, I ♥︎ Dents can help you reach new levels and make more money. Dave Streen and Gene Fetty have studied marketing and business all of their lives […]